Coming into see Batman V Superman: Dawn of Justice, my expectations were low. I’ve had blind dates with high expectations. Going to funeral, there was more of an expectation to meet someone. BvS, there were no expectations. None.

Which should have been my expectations with Man of Steel. A movie that when I saw the trailer, my arm hair stood up. The goose bumps were visible for miles around. In my mind it was the best thing I have ever seen. Then I saw a Superman who wasn’t there to show people how to be better, but was there because it was for a father he had never known. Otherwise he would have kept silent like his adopted father would have wanted. 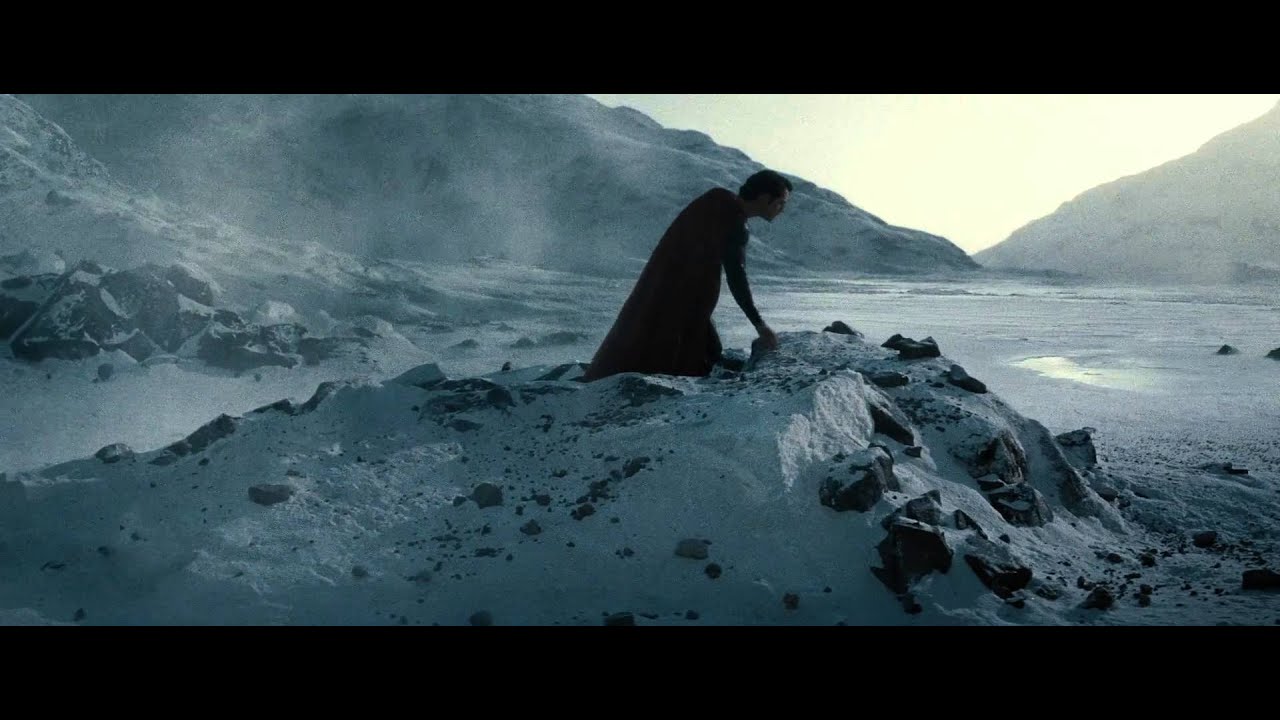 This moment was that moment, with the narration and imagery in the trailer, that gave me the most hope that this movie was going to be best thing in theaters that year. That we weren’t getting another Scooby Doo story.

And that wasn’t a mistake that I wanted to make again. That sort of heartbreak is only allowed for Cubs in the playoffs.

So far in the first few minutes, I’ve come to a conclusion that Schindler’s List is now considered a feel good movie. The only way it would get drearier is if they started to play haunting female vocals track while Metropolis is being destroyed. It’s really nice that Wayne has a building all the way in Metropolis. Makes him seem like he’s a bigger fish than the largest in Gotham.

I will say this, the way he’s rushing into danger to make sure his employees are getting out says a lot about Wayne. He genuinely cares about people. And it’s the best things so far about  movie. Possibly the entire movie.

Oh look another interpretation on how the Waynes died. Oh Negan is Bruce’s dad… Maggie is his mom? Walking Dead takes must have been awkward. “I know I killed your husband, it wasn’t personal. Want to have a kid together? He’ll be all Batman and shit.”

Lois is now in bum fuck desert. I’m assuming Muslim extremist surrounded by white guys as their hired muscle… Lois is now a hostage, oh how novel, woman hostage. Photographer… Must be Jimmy Olson. With… a… film camera? What the fuck? A fucking film camera? To smuggle… oh nice nod to the Superman tracker. But really a high tech gizmo in a camera that’s older than my kid? C’mon, keep it in the watch.

And Jimmy is now dead. It’s Jimmy because he has the signal and a camera. And he’s at Lois’s side.

Ok, white guys turn on brown guys. No one saw that coming. 🙄

Superman shows up. Angry at lead brown guy. And pushes him through a two foot wall at what looks like 400mph. Superman is back to killing more people. OK…

Batman in the Batsuit, this is what I’m sure Adam West had to say, “Ho Ho Chum… I’m not going to be considered the chubby Batman anymore” When Superman gets to Lois’s place. And tell her her that no one died… you could hear the entire town of Rock Ridge shouting in unison, “BULLSHIT!”

Or as a friend of mine pointed out, they’re all sleeping.

Ok, I’m taking a break from watching this movie, right about the time where Wheels the Legman gets bailed out by Luthor. Luthor who might actually be the sunniest character in this entire movie. At least the one who displays more emotion than gloomy.

Annnnd we’re back. Bat-mare is happening. I guess even in the movies, people have to do something else while decrypting files. Bruce Wayne decides that he has to dream at a chair instead of fighting crime. Because that’s what Batman does, dream.

The future, I’m guessing Gotham is just nothing but desert. Gotham, a city by the water, is now a desert. Parademons are everywhere. Looks like we’re getting a Darksied in the future. Oh Batman is using a gun. So a billion years of Batman hating guns, he’s using them. A lot. Tons of gun play. Kurt Wimmer must have got a side job for this movie.

Batman using guns reminds me of when Batman was made in the 30’s. Which is like how Chuck Austen wanted Superman when he was writing. When it comes to it, seems like Austen’s Superman might have been the inspiration to Synder’s vision of Superman.

Oh and Snyder’s fight scenes are filmed on an iPhone on slo-mo. #truefact

Batman might have been lacing his bat-weed with Scarecrow’s fear gas.

Bruce Wayne’s speech after this dream about that 1% chance is a 100% certainty. Sigh… It could have been worded better. It could have been that Superman is the world’s most powerful person on the planet. He needs to have a balance incase something happens to unhinge him, he’s an alien, but has a human personality.

Now we have a speech from Martha, about how the world doesn’t owe Superman anything. Really Martha? Really? Superman should do good because he can show the world how to better. Martha should have said this while holding a cigarette and glass of white wine.

Oh look Wheels the Legman is still in the movie. And apparently Wayne had been paying for his life since he saved him from the Superman/Zod fight. But Wheels has been sending the checks back. With crazy writings.

Christ, the political aspect of this movie is slightly better than Star Wars(prequel movies). Slightly better.

And now Holly Hunter is getting freaked out by a jar of piss. Totally freaking out. For someone who is in the limelight for a being a political snake, she gets freaked out really easily.

Superman doesn’t want to do good because his being guilted into because of his father. His dad was constantly telling him to hide his powers all the time. Don’t show them. Blend into the crow– wait this is Jor El who was telling him to be a beacon of hope. Not Jonathan Kent, who was a bit of an asshole when it came to humanity. “I saved out farm, but the Lang’s farm died. I can still hear the horses drowning.” Doing good things means bad things will happen. Except when it comes to women. 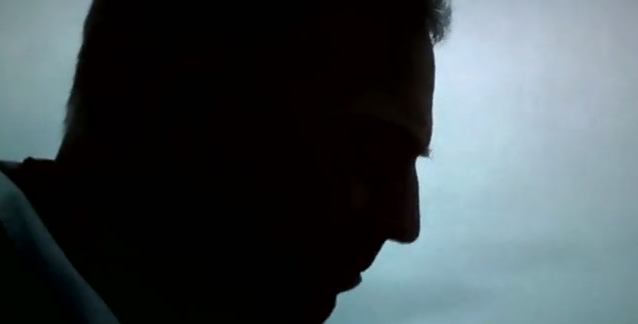 Explains why Superman went nuts, putting the extremist to “sleep” when they were holding a gun to her head.

Also explains that now Snyder wants to direct an Ayn Rand movie. Because all of these characters are acting like they’re part of a Ayn Rand book.

The drive is still decrypting. And Batman is doing crossfit. Why doesn’t Batman talk about this all the time? People who do crossfit always are talking about doing crossfit. Batman should have a crossfit cape. 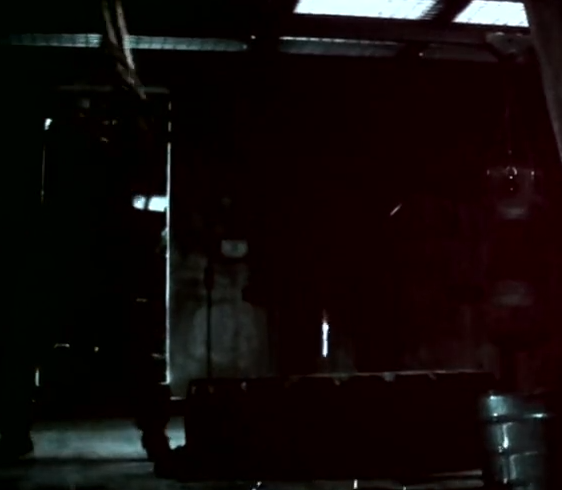 Luthor apparently has been doing more things than Batman. Like actually finding out there are more superpowered beings. Has files on them. Flash looks like he’s a slacker. Wonder Woman is a GGILF. Cyborg is a just a kid on a table. Joe Morton is his dad. The best of the bunch is Aquaman. Seriously, seems really bad ass.

But going back to the politics part of this movie, the whole world is screaming bloody murder about Superman. Let’s not discount how much he’s sorta already done in the last 20 months. Capitol explodes everyone hates Superman now. It’s like this earth is populated by Trump supporters.

Just when you think the world is going to get better. Martha Kent is working in a car and Nancy Grace is on the TV talking about how much she hates Superman, or something like that. I can’t really listen to Grace without wanting to stab my ears with kabab skewers. But Grace is on screen and bad thing happen when Nancy Grace shows up. Martha Kent gets abducted by the same white guys who have been causing damage all throughout the  movie.

And it looks like a few minutes later Lois gets kidnapped too. By the same guy. The same damn guy. Sure it might be a few hours apart, but it happens back to back. No cutaway shots to anything else. Just Nancy Grace, Martha & Lois.

Let’s rewind a moment here and talk about Wayne here for a moment. His whole thing about breaking into Luthor’s computers was to find an arms dealer. At least that’s what he lying about to Alfred. It’s all about Batman getting his hands on a fucking HUGE load of kyptonite. When he nearly gets it, Superman cockblocks him and just flat out tells him to retire or he’s coming back to just “make him go to sleep.”

Lois and Martha are kidnapped. Batman is batsuited up and busts out the Batsignal. Taunting Superman for a throw down. Batman has to kill the guy who loves Ayn Rand. Which is almost where you start rooting for Batman.

Luthor is starting to show Lois that he’s behind things. Using that intellect to cause what’s going to happen. He’s trying to get Superman’s attention, so he knows all about everyone. He knows who Superman is, Batman is, Wonder Woman, everyone. And when he pushed Lois over, Superman saves her.

Superman is ready to make sure that Luthor goes to “sleep.” But Luthor is ready to help “put Martha to bed” unless Superman puts Batman to “sleep.” As he points, you see that GOTHMAN IS ACROSS THE FUCKING BAY! Yes, all this time, Gotham and Metropolis are neighbors. Like next door neighbors.

That head belongs to Lex Luthor on his tower and that’s the batsignal in the distance.

This is probably the comic-book movie equivalent of saying all black people are related.

Really glad that the TV-verse and a Movie-verse are two different things. At first, I hated the idea that Grant Gustin wasn’t going to be part of the Justice League. After seeing how Superman acts, probably for the best. Hell even Kara, Supergirl, would wonder wha the fuck is wrong with her cousin. Maybe he got hit in the head as an infant? The Movie-verse Flash has a pony tail. 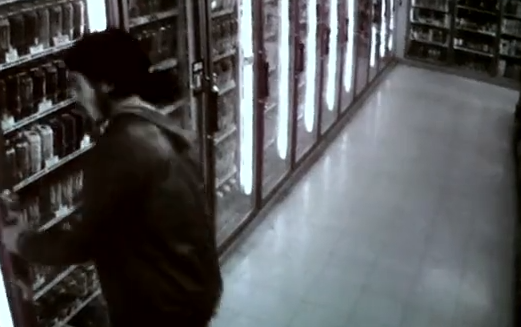 I’ve been thinking about how Luthor acts and he’s basically Gene Hackman with ADHD. It isn’t a bad thing, but I’m really wishing he had Otis at his side. For the nostalgia to really kick in here.

After all this, Batman and Superman get to fight and boy howdy does Batman kick the living shit out of Superman. It’s just ass kicking after ass kicking. When Batman asks if Superman can bleed… Might as well just have fought next to a red Cross.

But like all superhero movies. The good guy find common ground. In this case, both of their mothers are named Martha. In that instant, Batman’s blood lust dies down. Lois is actually the one who saves Superman. And in that instant, Superman and Batman are now best friends.

They had their Step-Brothers moment.

Batman goes off to save Martha Kent. Does badass Batman moves. And more people go to sleep.

You know what, fuck it. I’m getting tired of watching this movie. Doomsday is showing up and Wonder Woman should be too, but seriously, Fuck it