Never figured that I’d have to update my son’s computer for a Windows Update. Never thought.

My dad constantly feeds birds in the area leaving a block of feed. The he waits. And observes the birds for a month. Looking at their habits. He takes a great of joy watching them. He purchased this place nearly two years ago. Been making repairs and fixes to the place. The Orange tree next to him was nearly dead when he moved in. Now it’s starting to live again and even producing fruit. 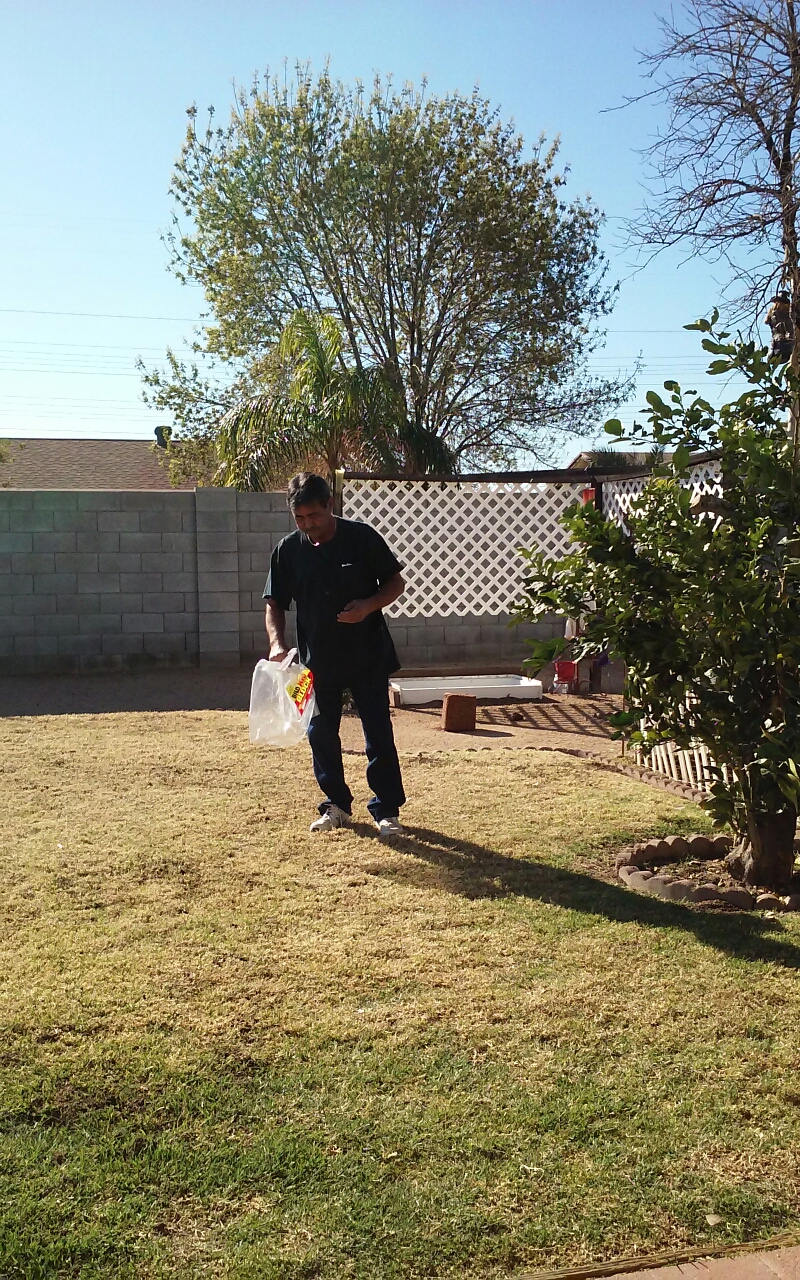 Sometimes you just have to wonder if a mustache sticker on your phone is worth it. 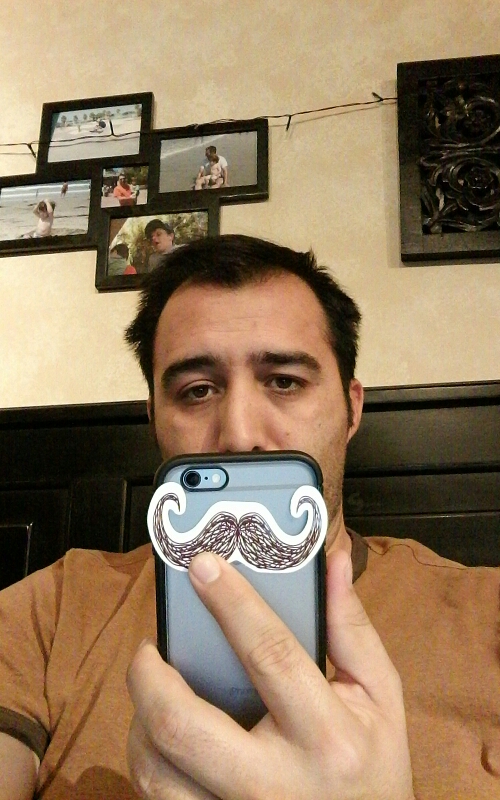 The WordPress Android app seems to interact with the 1&1 servers I purchase space with better than the iOS app that runs on my phone.  The ability to upload photos is possible.

Finally got a tablet. It’s a strange thing to use something foreign like this. Been using iOS for so long that the newness of Android is jarring.

The camera isn’t too bad either. But really, when it’s going to get used, it’s in natural light only, otherwise there will be a lot of noise.

Something blowing my mind right now. I popped on eBay for a moment & Wave 4 Kre-O Vipers are going to for stupid crazy prices. Zombie Viper crazy prices. I’ve been browsing TRU and have found 12 so far. Cheapest I saw on there was for 11 and that was because they guy placed shipping at about $8.75. Crazy.

There was this mist off the fence this morning. It was fantastic to see. I had to record it some how. The phone’s camera wasn’t able to capture the subtleties of the smoke. Out came the DSRL and continuous burst mode. Then off to Photoshop® to make an animated gif.

There is nothing like waiting for the school bell to ring in a car in Phoenix. Hotter than hell out, but sitting in a car with a/c make it slightly tolerable.

I sold New Mutants 98, the first appearance of Deadpool, and it sold well(oddly enough, so did the first appearance of Gambit, ‘the gayest X-Man’). A friend of mine couldn’t understand why it sold for so high. So I explained it like this, “I wouldn’t put it in the same league, but it’s like getting a first edition Jane Eyre and you can see that Bronte signed it, and lightly, you can see that he sister wrote bitch on it.”

I’ve picked up a few Lab Rats and I’m still making modifications to toys to fit how I want them to look. So far the idea of making a Cobra Bugg fit with the Cobra Lab Rats or the Data-Vipers has me really excited. 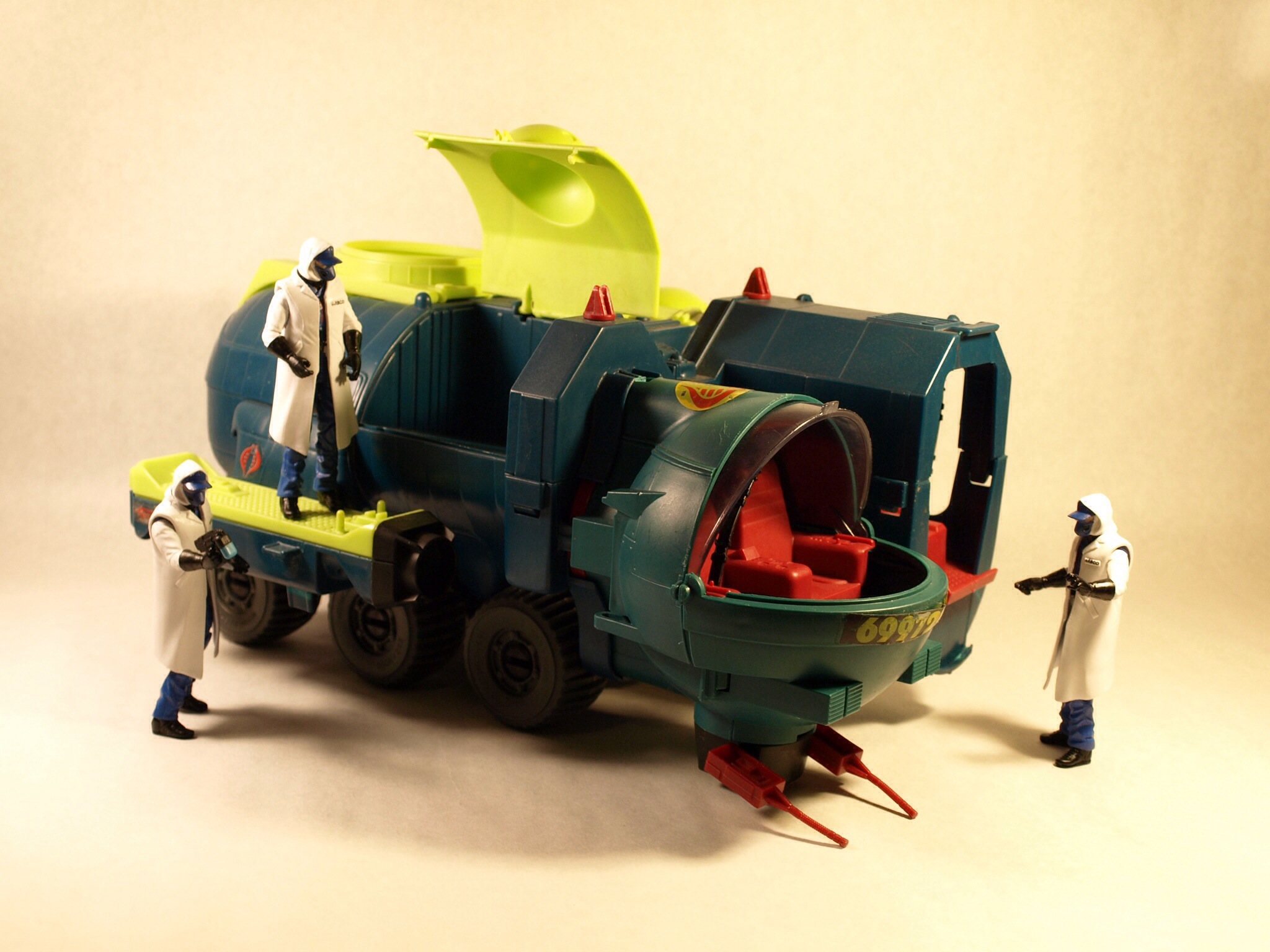